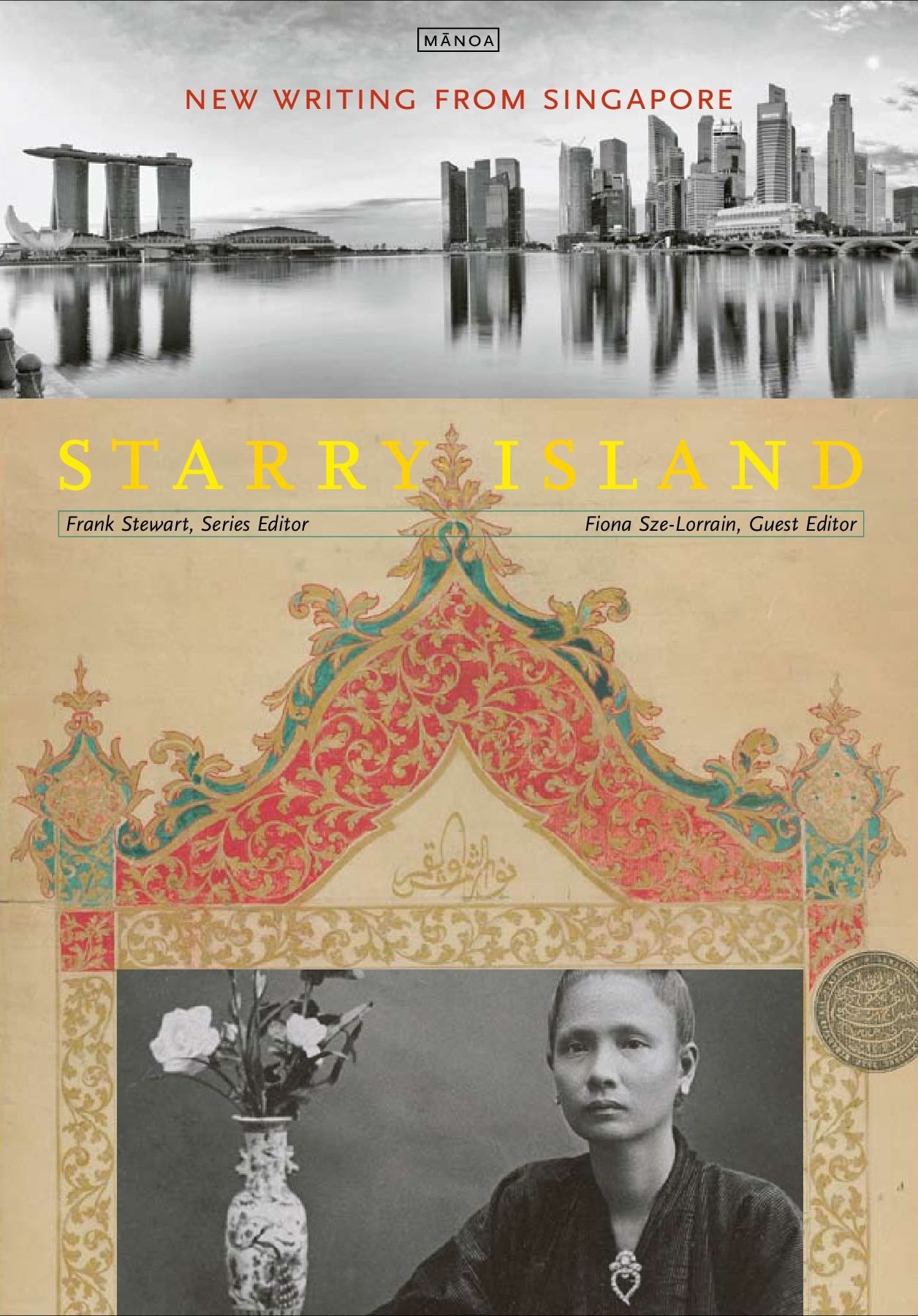 Not that everything here is about islands, but it just so happens that I have two short stories that will be published in MANOA, a literary journal published by the University of Hawai‘i Press, and they've decided to title the volume, "Starry Island: New Writing from Singapore".

The full list of contributors has just been published on MANOA's Facebook page (not on their blog, though), and it's thrilling to see the names of so many authors and poets whom I admire. *squee*

My two stories that will appear in MANOA are "Lighthouse" and "Grandmother". "Lighthouse" is a little story that really seems to have legs: it first appeared in Balik Kampung (2012), then it was selected for the inaugural volume of the Epigram Books Collection of Best New Singaporean Short Stories: Volume One (2013), and now it's going to be in MANOA. "Grandmother" was recently shortlisted for the Commonwealth Short Story Prize. I didn't win; the Asia prize went to Sara Adam Ang, whose work I hope to read very soon. But as with "Lighthouse", I've been very pleasantly surprised that the story resonates with foreign readers, even though in many respects both are (to my mind) very Singaporean stories.

I'm also feeling a little wistful about "Lighthouse" because it was recently announced that the Bedok Lighthouse, which inspired the story (although it's never mentioned by name), is going to be moved to a different block of flats in Marine Parade next year. I thought I was writing about something fairly unchangeable at the time, but real life has once again shown that nothing ever really stays in the same place in Singapore.

I suppose at least we'll always have stories ...

For copies of MANOA, it looks like you'll have to order online. Let's see if we can engineer getting some copies to Singapore for direct sales.

Edited to add (8 July):
As Pete mentioned in the comments below, NUS Press will be distributing the book in Singapore. Copies should be available in bookstores from late July and look out for book events too! For readers outside Singapore, you can order online.
Tym at 11:35 pm
Share